Poland's 98th National Independence Day was celebrated at Staszów's Market Square, near the Tadeusz Kościuszko Memorial Statue. The ceremonies were attended by citizens of town and municipality, and by the local authority representatives, headed by Staszów's Mayor Leszek Kopeć and by County Governor Michał Skotnicki. In addition, various guests attended the celebrations, including Deputy Minister of Health Marek Tombarkiewicz and a member of European Parliament Czesław Siekierski. Various delegations from organizations of combatants, uniformed services, schools, institutions, associations and local companies gathered at the Staszów Town Square.

This year's celebrations started with the 5th Independence Run which had more than 100 participants - students of elementary, middle and high schools from Staszów County. At noon, the ceremony's attendees bearing Polish flags started their march through Staszów, led by the orchestra of Grupa Azoty "Siarkopol" Sulfur Mines and Chemical Plants in Grzybów. A patrioric mass for our Homeland was held at the Saint John Paul II Sanctuary in Staszów. After the mass, the procession marched to Market Square, where Mayor Leszek Kopeć, deputy minister Marek Tombarkiewicz and county governor Michał Skotnicki laid flowers under the Marshal Józef Piłsudski memorial plaque. Afterwards, the aforementioned delegatoins laid flowers under the Tadeusz Kościuszko Memorial Statue.

Shorty beforehand, Mayor Leszek Kopeć made an appeal for everyone gathered not to feel ashamed of loving their country. - Dear Ladies and Gentlemen, let there be no shame for our feelings towards Poland. We must teach our children to love our Homeland, the white-and-red flag, the national symbols. I believe that is the only way for us to be a strong nation respected by others - said the Mayor.

Mayor also reminded everyone that remembering national heroes who fought for Poland's independence should be viewed as our patriotic duty. He brought up a related quote by Marshal Józef Piłsudski: "A Nation which loses its memory stops being a Nation - instead, it becomes a mere gathering of people living in the same territory". In closing words of his appeal, Mayor thanked everyone for gathering at Staszów Market Square that day. After the flower wreaths were laid under the Tadeusz Kościuszko Memorial Statue, attendees marched towards Parkowa Street, where Staszów's 98th National Independence Day ceremonies were officially concluded.

We encourage you to view an extensive photo gallery from the ceremonies, which can be found on our official Facebook profile. 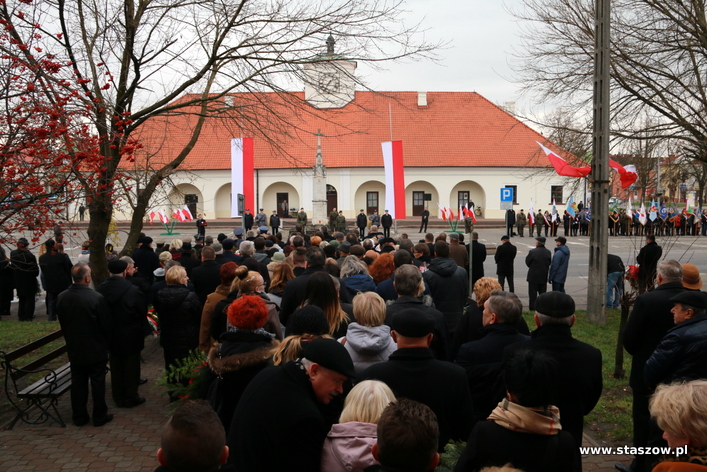 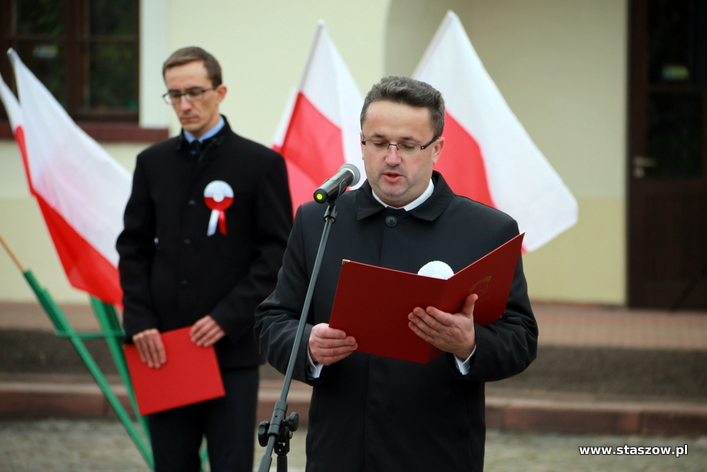 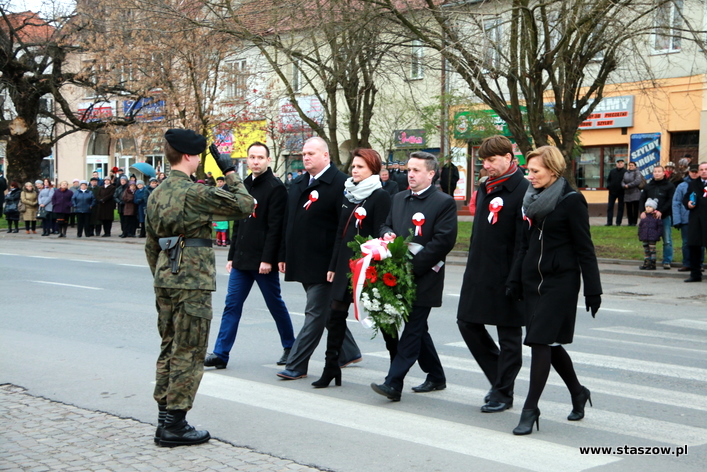 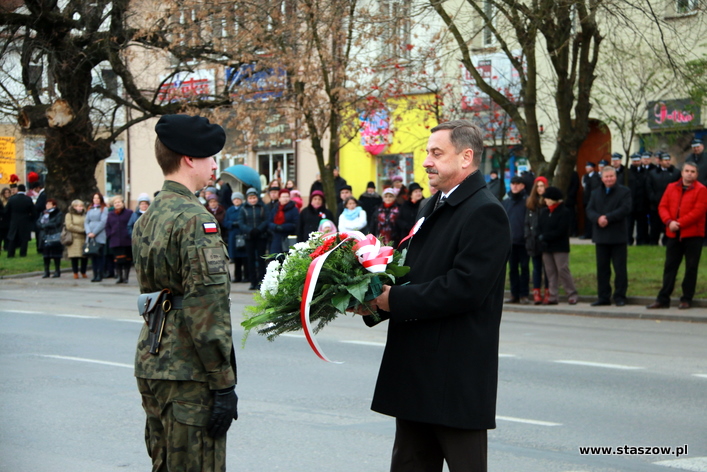 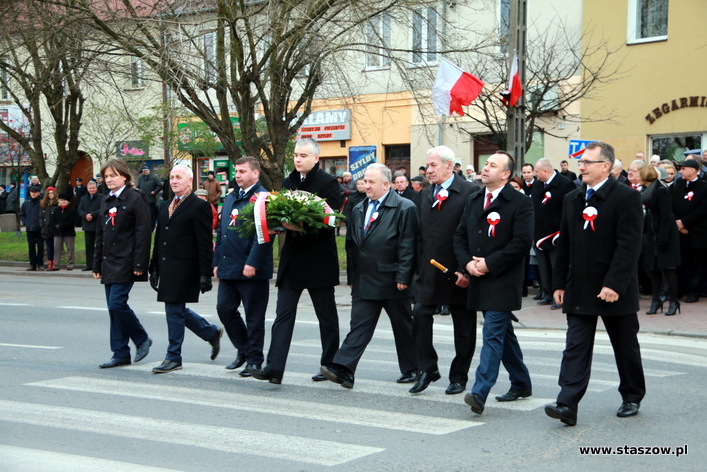 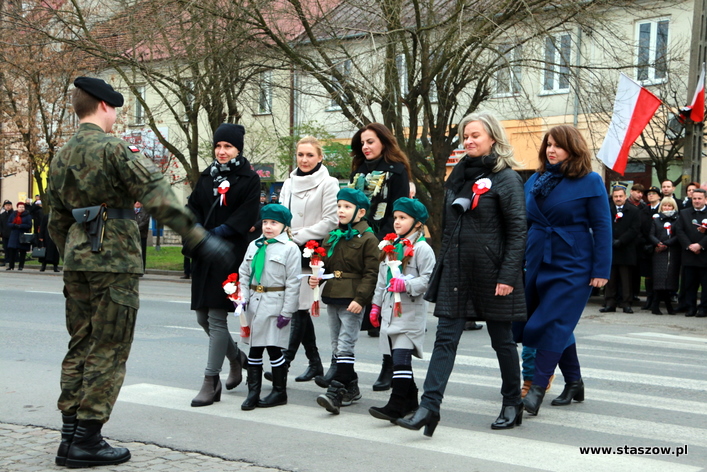 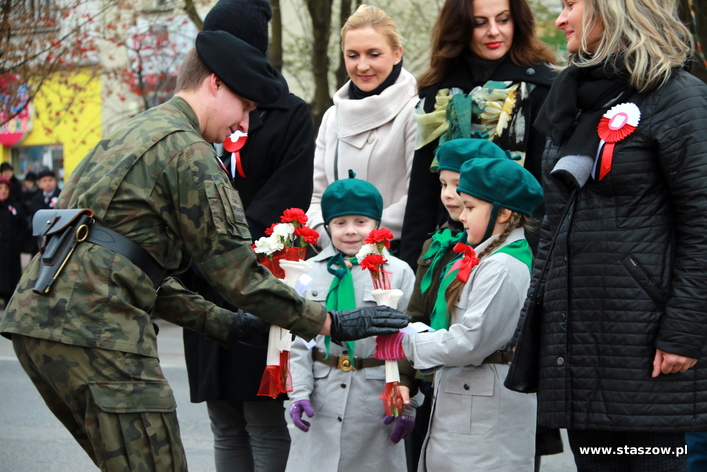 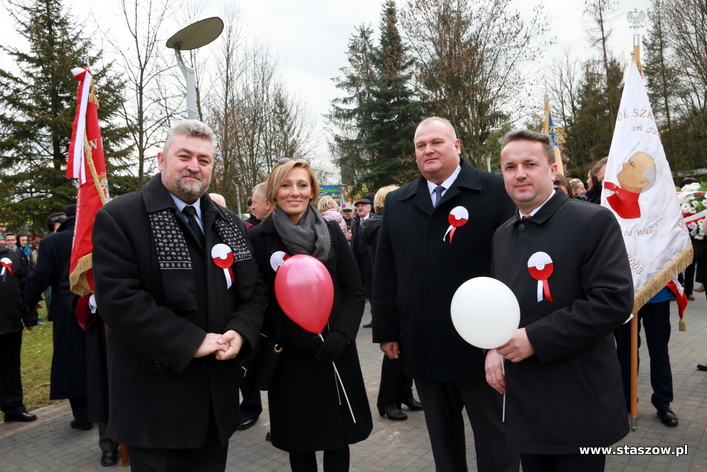