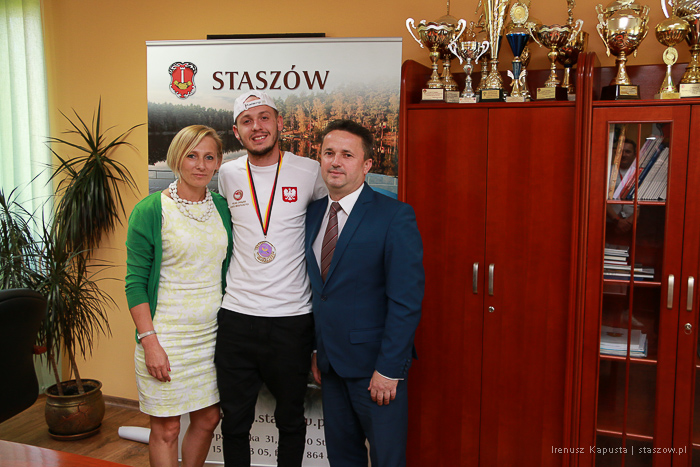 A silver medal and the title of Runner-up European Champion of Hearing-Impaired Juniors in the U23 category - these are Adrian Ojdana's achievements at the athletics competition in Karlsruhe, Germany.

Adrian Ojdana, a runner from Staszów, participated in 4x400 m men's relay race. Polish runners in a team of: Mateusz Borowski, Wojciech Jabłoński, Rafał Zagajewski and Adrian Ojdana, were beaten by the excellent Russian team only by 48 hundredths of a second! To put this in perspective: the third place team - Germans - were beaten by more than 10 seconds.

Adrian also performed very well in individual runs, achieving a new personal best time of 51,72 sec. for 400 m and getting 4th place in that category. 200 m runs went a bit worse, with Adrian placing in 7th and the relay team being disqualified.

The young athlete's accomplishments were appreciated by mayor of Staszów, Leszek Kopeć, who was very satisfied with another excellent performance by Adrian Ojdana. The mayor also invited Adrian to the upcoming opening ceremony of Staszów's renewed town stadium, and encouraged him to start training there once it becomes available. Ewa Kondek, deputy mayor of Staszów, also gave her congratulations to Adrian. 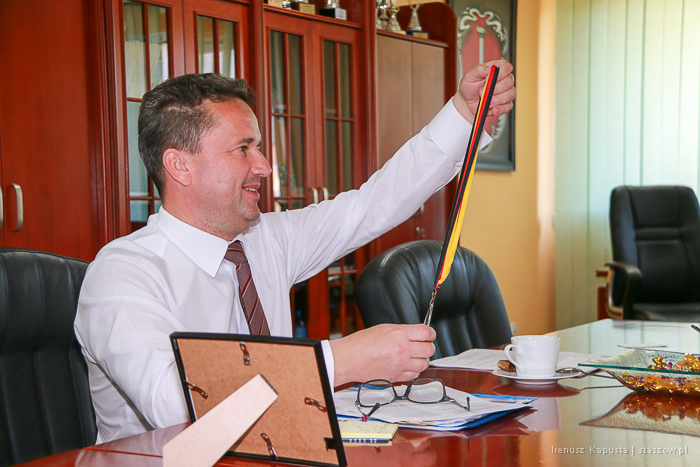 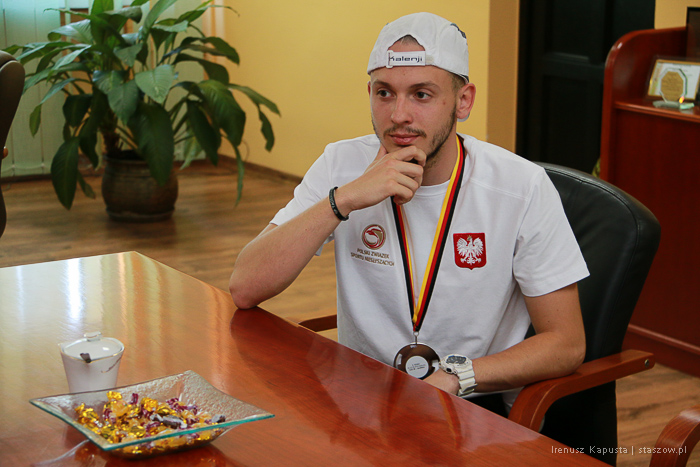