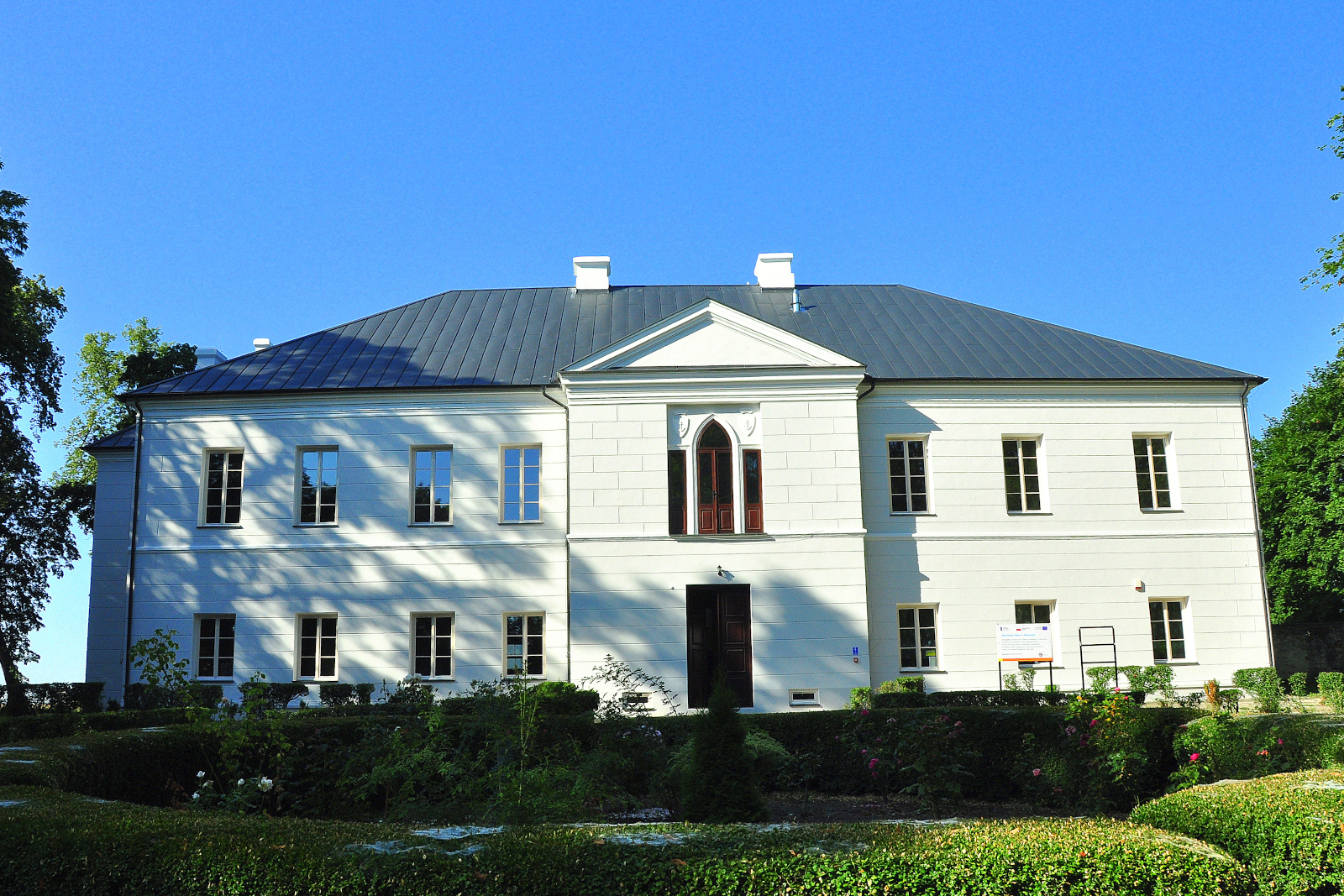 The Kołłątaj Palace, built in the 18th century and located in Wiśniowa, is one of the most interesting landmarked buildings in the Municipality of Staszów.

The palace used to serve as a home for historic owners of Wiśniowa. Nowadays, it houses a kindergarten, elementary school and a library. The building was initially Baroque but towards the end of the 18th century Rafał Kołłątaj transformed it into a representative palace. Then it was rebuilt one more time in 19th century.

The Palace is two-story, build on a rectangular plane. Inside, visitors can find an interesting 19th-century stairwell referencing the style of Baroque, and a portico of six Toscanian columns. The palace also houses the Hugo Kołłątaj Memorial Room, in which you can see genuine documents written at the time of Hugo Kołłątaj and enrich your knowledge about this famous Pole. The park in which the palace is located dates back to the 18th century.