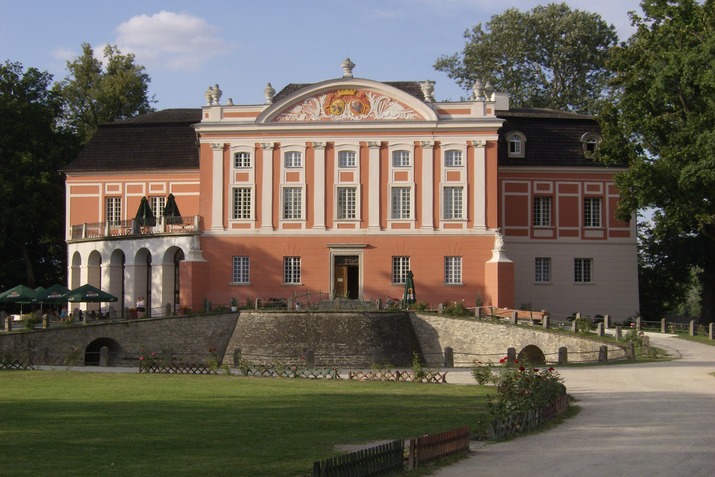 This palace's history dates back to the 14th century, when Dobiesław of Kurozwęki built a wood-and-stone brick castle here as the new home for his family. The castle was initially a stronghold and served a defensive purpose. It was also one of the very first brick castles built in Poland.

Centuries have shaped the palace into its current form. We can admire its interesting shape and an excellent combination of its oldest Gothic fragments with later additions. Both the palace interior and its cellars can be visited by tourists who can explore them with guides. The palace's owners can also organize various events, such as medieval tournament re-enactments, artillery shows and medieval-styled dance fairs.

The palace in Kurozwęki is the most valuable and the most interesting example of secular architecture in the Staszów region. Built six centuries ago, the palace is a fascinating amalgamation of various historical architectural styles. First there was a medieval castle, built before the year 1400. In the 15th century it was rebuilt and expanded. Then, in the 17th century, the castle was converted into a Baroque palace. However, the building's final form was settled in the latter half of the 18th century when it was turned into a Rococo-style palace along with its surroundings. That final modernization cemented the palace's appearance which persists to this day.

For several centuries head magnate families of Poland used to live in Kurozwęki. Among those were the Kurozwęcki, Lanckoroński and Sołtyk families. Each family would reside in the palace.

In the nearby park – perpendicular to the palace itself – there are two pavilions. Once identical to each other, now only the right pavilion maintains its classic look as the left one has been rebuilt. The right pavilion was built in the latter half of the 17th century, in a period when the Sołtyk family resided at the palace. It is rounded on the inside with breaks in its walls, inviting visitors with its open arcades. It is topped with an unmistakable cone-shaped garret roof.