On 21st of August, Staszów celebrated "Bread Day - a Municipal Harvest Festival". Beautiful weather in the morning and in the afternoon had indicated a perfect day for the event.

A colorful procession, headed by the "Siarkopol" miners' orchestra, departed from Adam Bień town park and made its way towards the Sanctuary of St. John Paul II. This year's Holy Mass of gratitute for a plentiful harvest was held by parish priests Edward Zieliński and Szczepan Janas. After the service, in accordance with local tradition, the Mayor and the Town Council President, along with Council members, divided consecrated bread among those gathered in the church.

After the Mass, the procession marched on to the "Zalew nad Czarną" park, where this year's Harvest Leaders: Anna Bednarska (from Wólka Żabna) and Robert Widanka (from Koniemłoty) gave mayor Leszek Kopeć a special loaf of bread, as part of the Bread Day ceremonies.

Attendees browsed various stalls of local bakeries and farmsteads; those stalls were displaying miscellaneous baking goods and regional dishes, most of which could also be sampled. There was also a display of ancient crafting methods in the form of an interactive, miniature village, and various modern arts and crafts, both of which proved to be quite popular.

The amazing performance of folk band "Rokiczanka" was met with thunderous applause and left the audience asking for encores.

After the concert, this year's contest for the most beautiful harvest wreath was finished. Among twelve submitted wreaths, the contest's judges decided - after careful consideration - that the most beautiful wreath was made by the "Łukawskie Gospodynie" society of Łukawica. Second place went to a wreath from Wola Wiśniowska, and there were two third places, for Zagrody and for the Volunteer Fire Department of Łukawica.

Unfortunately, this year's Bread Day was then unexpectedly and abruptly interrupted by heavy rain, which continued to fall for the rest of the day. Latter part of the planned events had to be moved to nearby Staszów Culture Center, where famous Polish stand-up comedian Jerzy Kryszak gave an excellent performance to a room packed with audience.

The planned highlight of this year's event, a concert of band Strachy Na Lachy, had to be postponed until 24th of September, due to weather conditions. Their concert will take place during the planned 50th Anniversary of "Siarkopol" Sulfur Mines and Chemical Plants and the official unveiling of Staszów's renewed town stadium. 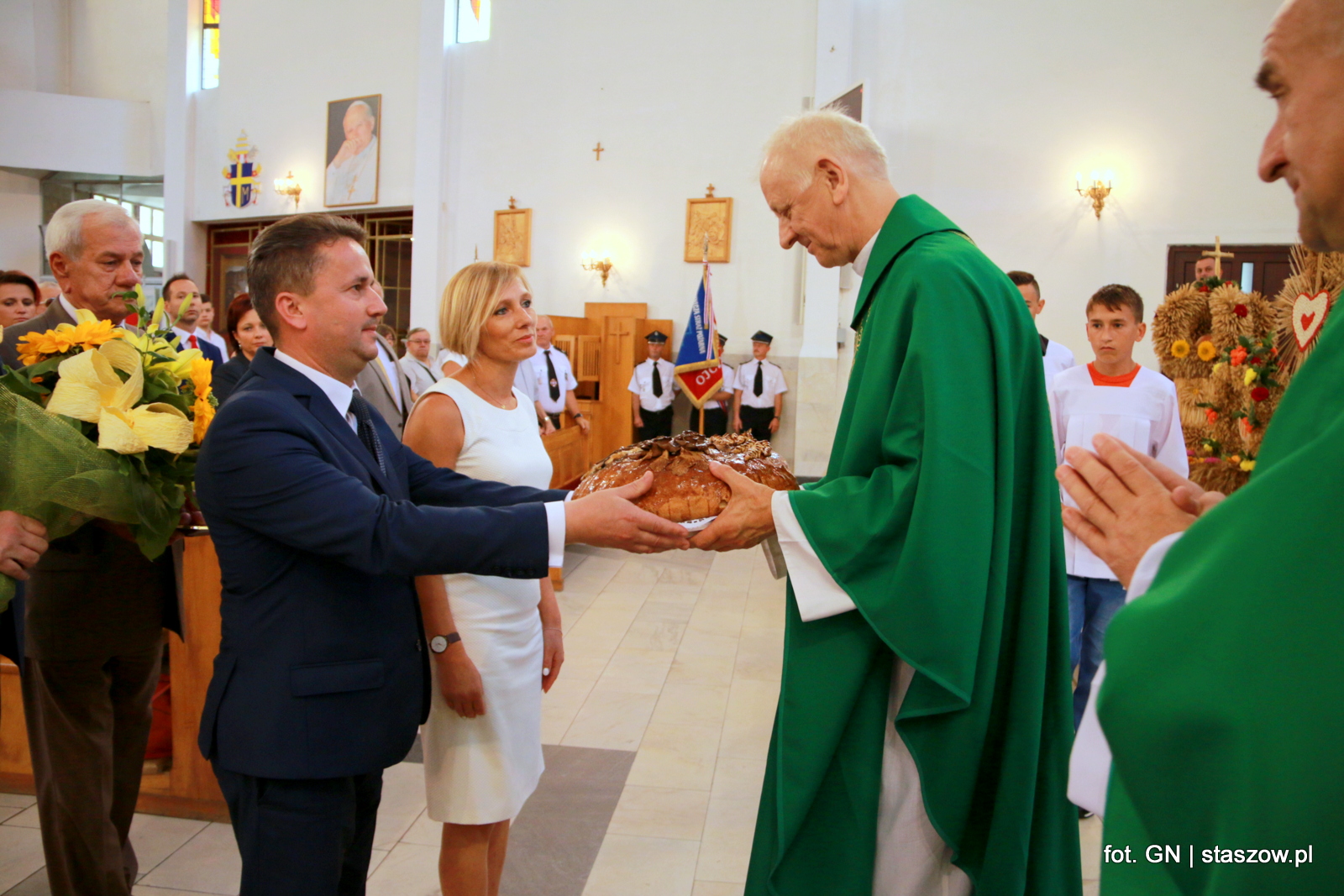 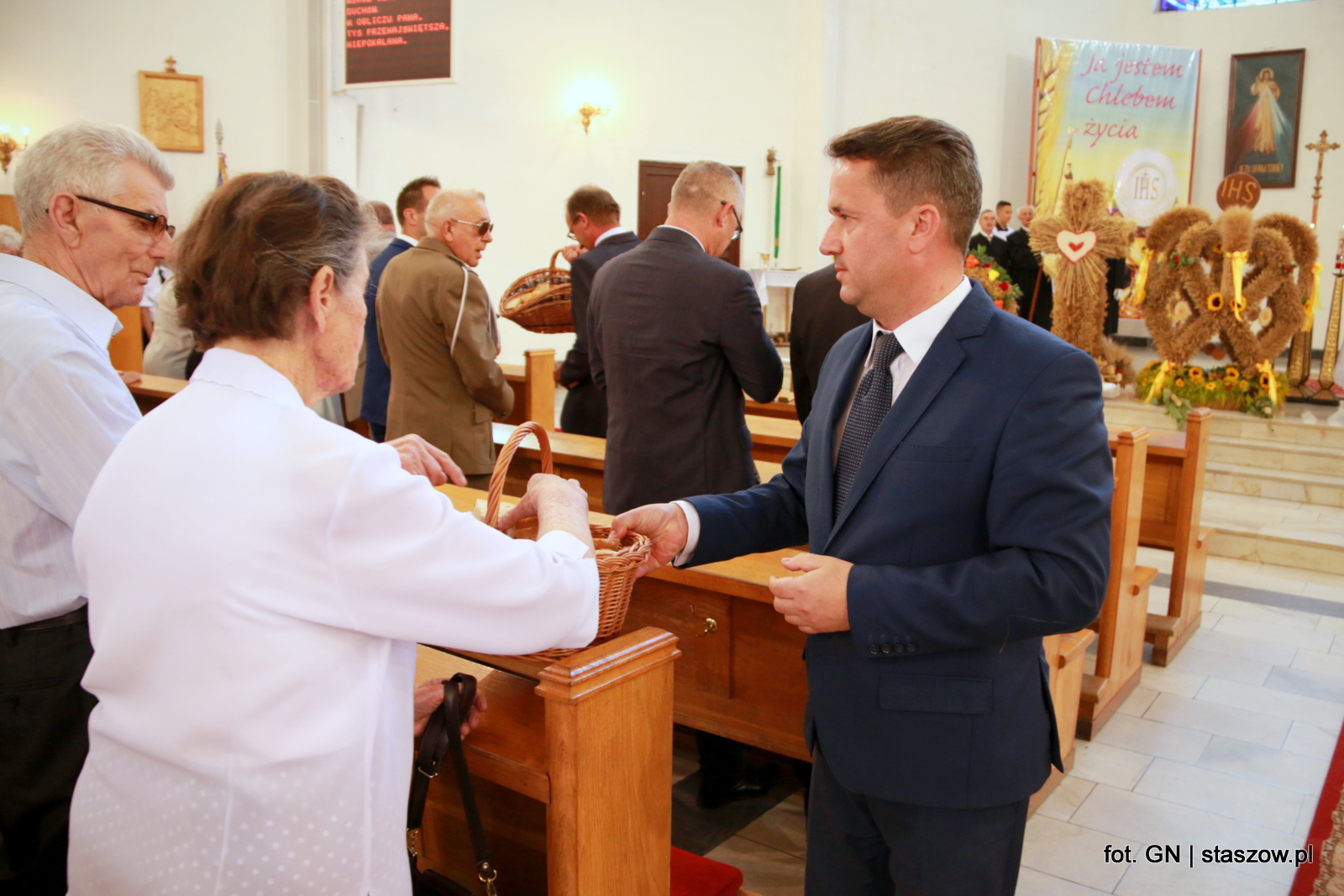 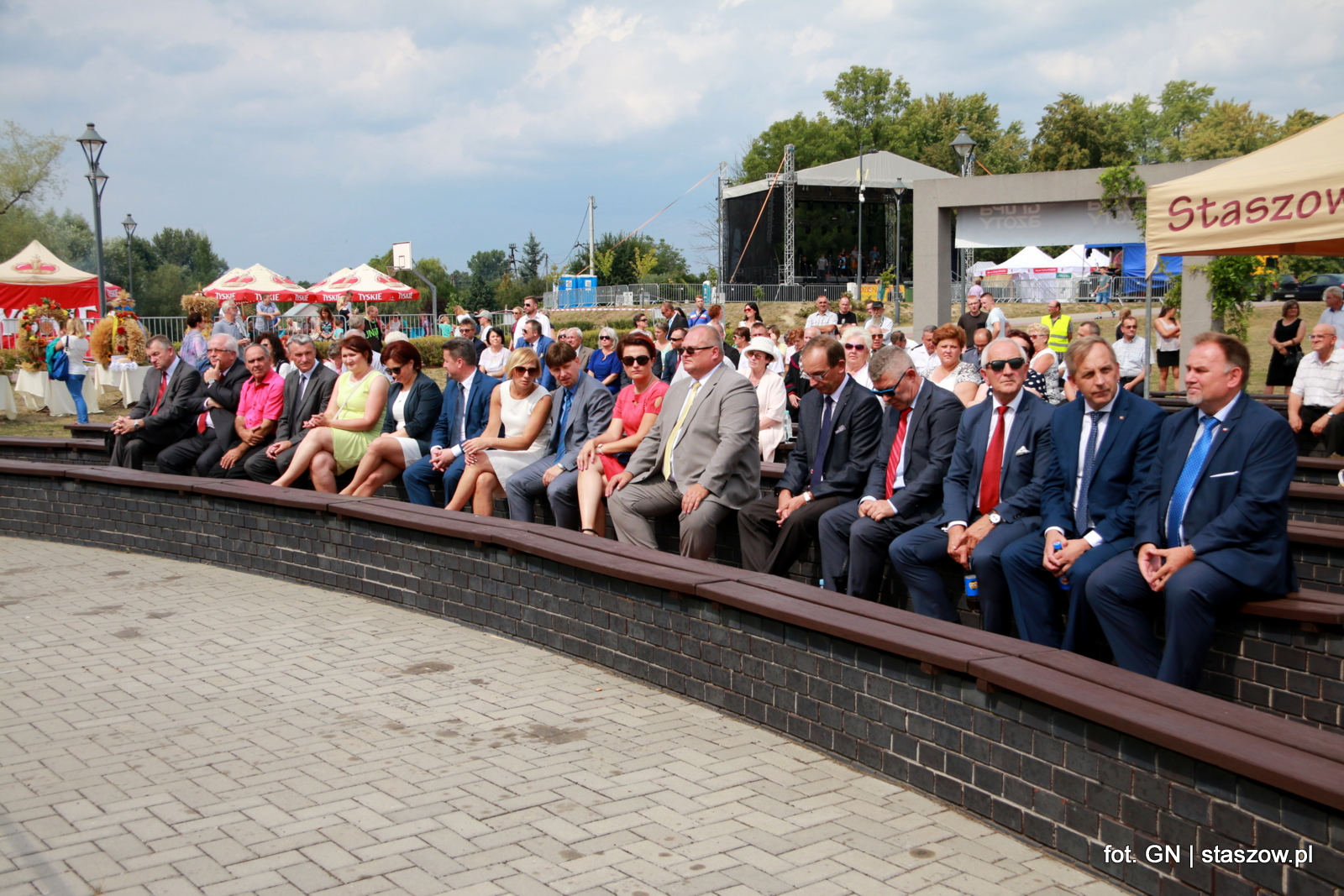 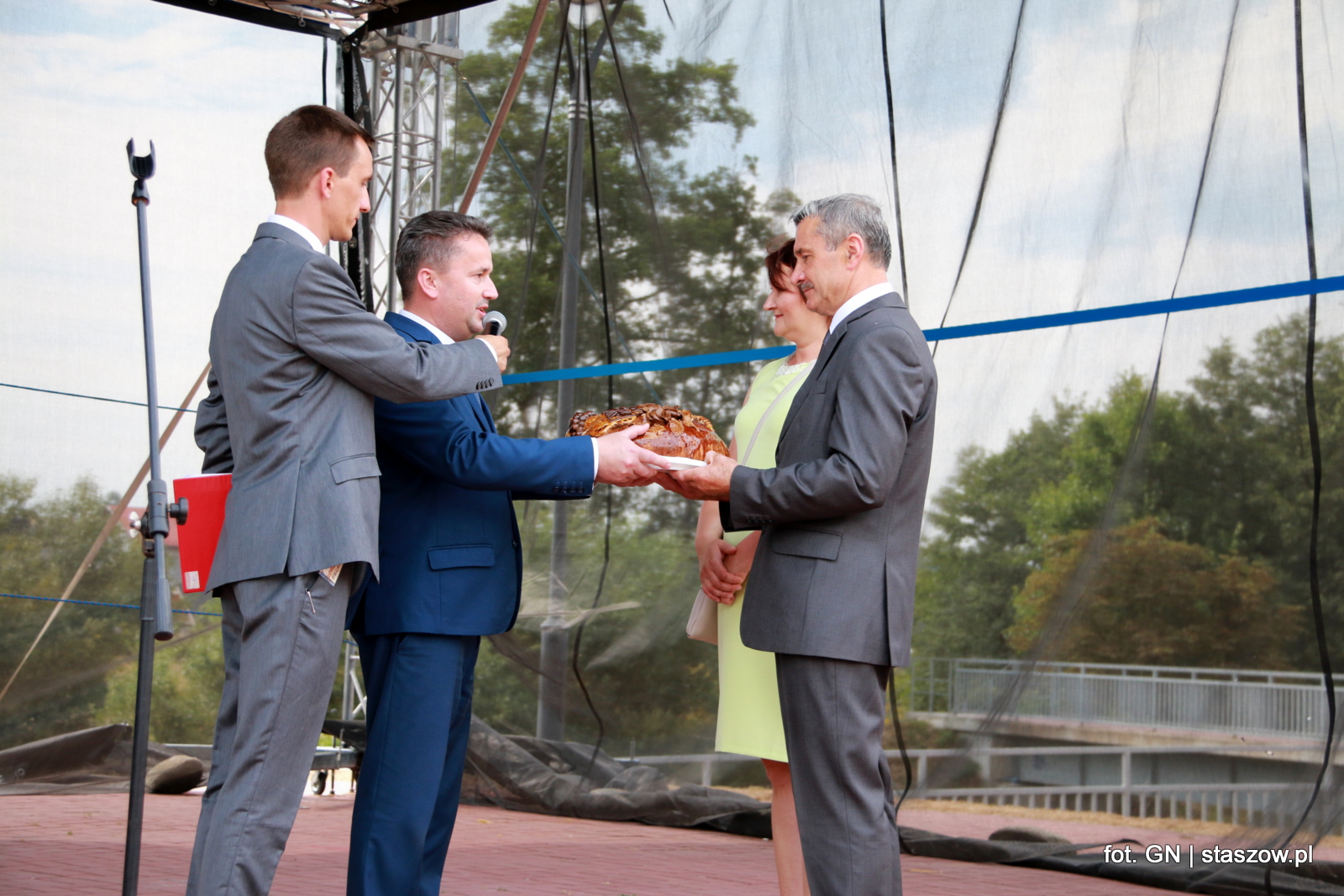 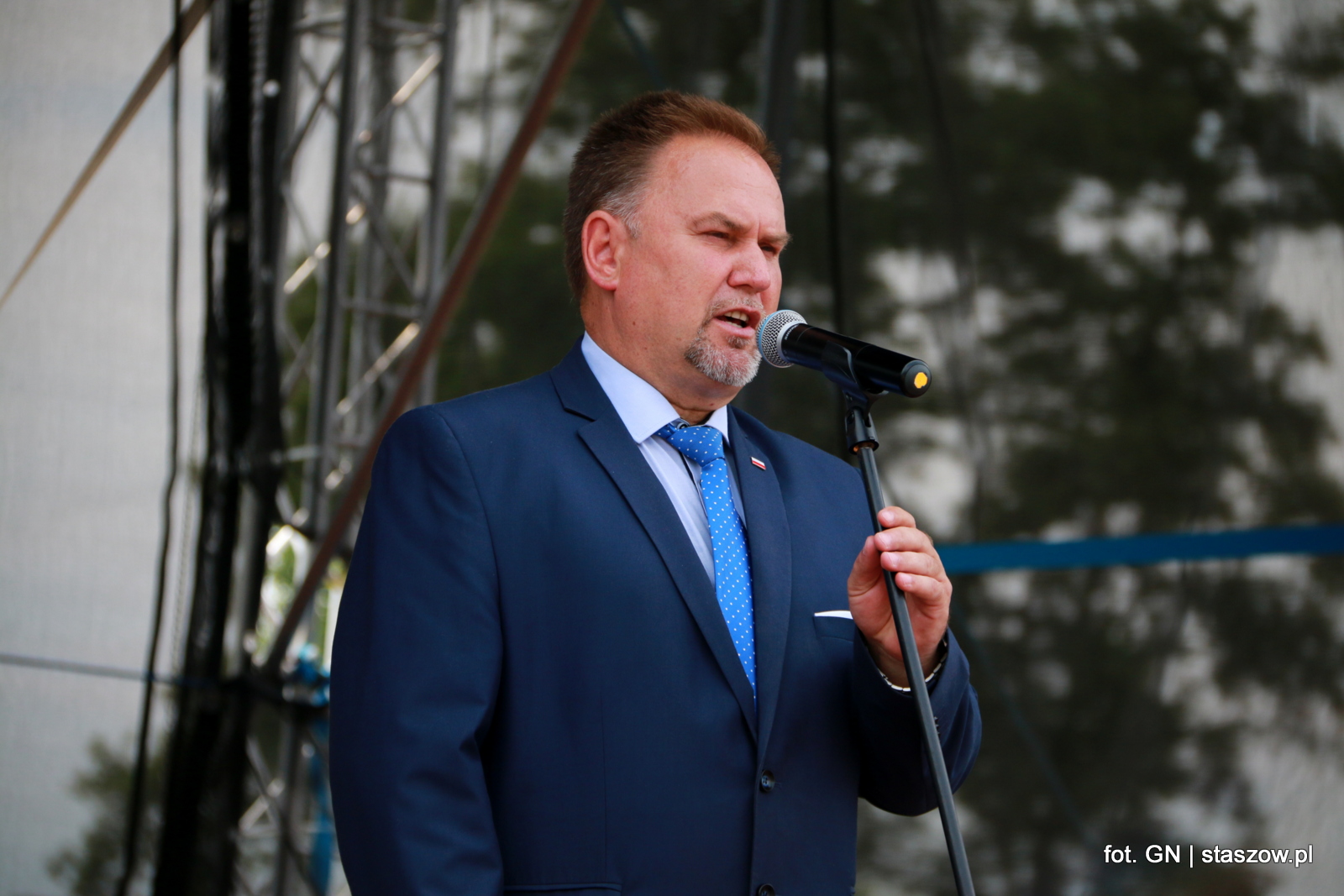 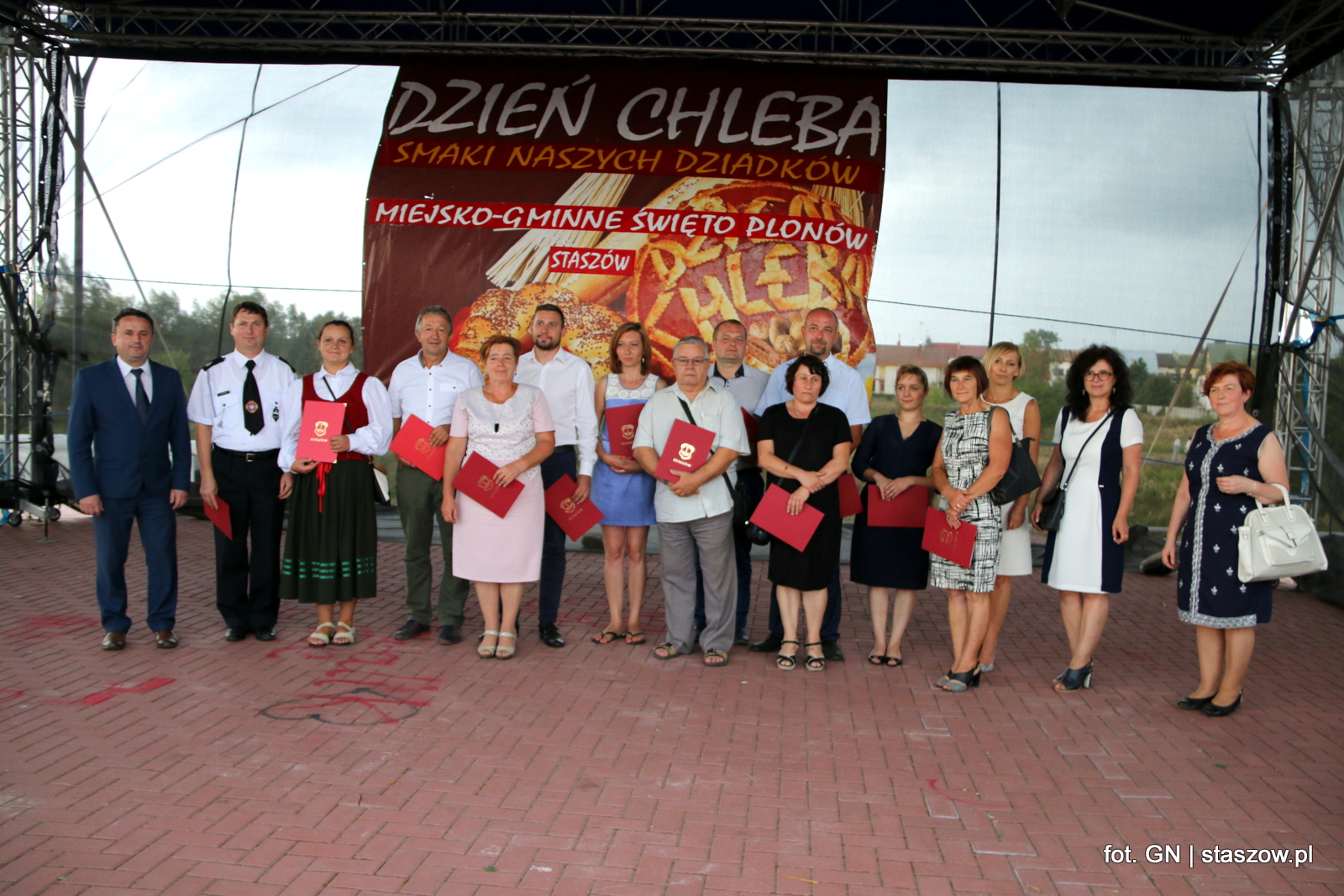 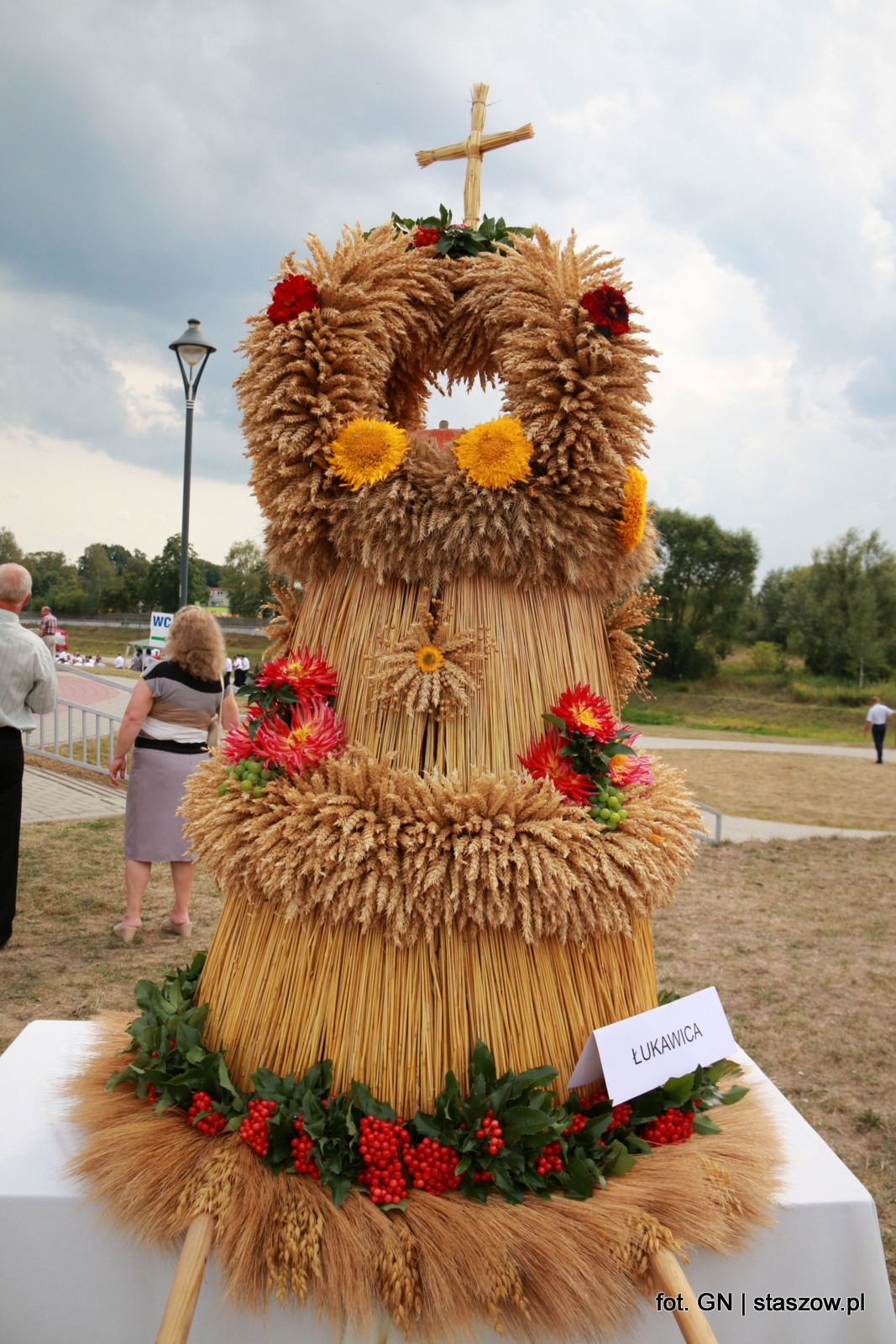